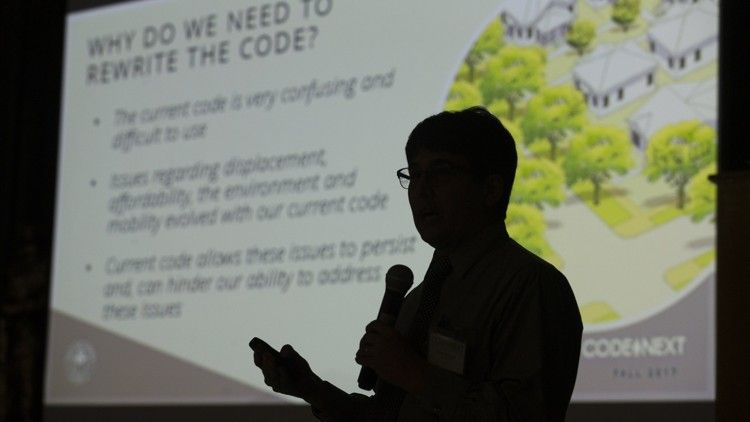 "The first version of CodeNext looked at neighborhood areas within a quarter-mile to a half-mile from major transit arteries as transition areas that would step down density through the use of so-called transect zones.

The second draft did away with transect zones, but some of the increased density off major roads remained. Scott Turner, the owner of Riverside Homes, said he will be looking at those areas first on Monday to see if they allow for the creation of “missing middle” housing, a code word for affordable housing that often takes the form of apartments and duplexes.

Turner said he would like to see zoning with greater flexibility on what can be built in transition zones as a way to make builders develop things like row homes and smaller houses.

“A lot in the previous versions was one step forward two steps back,” Turner said. “We are really looking for some progress there.'"